Approdi is an NGO, born in Bolognain 2017, from the encounter of psychologists, psychotherapists, psychiatrists, doctors, anthropologists, educators, cultural mediators and social workers who have chosen to donate their time and to offer their skills to help those who have just arrived in our country

The aim of the association is to offer support and psychological care to migrants, political refugees and asylum seekers – but also to all people who are in a condition of economic and social hardship – forced to flee from their native country and now engaged in the difficult process of building or rebuilding their lives. 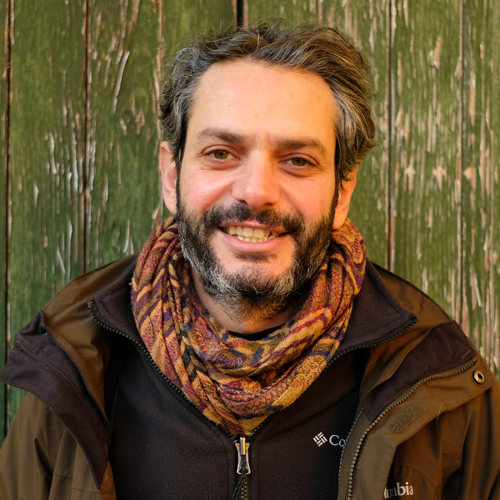 After specialising in systemic and relational psychotherapy, he deepened his training in the diagnosis and treatment of post-traumatic disorders with a Master degree at the Psychotherapy Research Association in Milan. In his clinical practice, he focuses on the study and the application of non-verbal instruments, as well as on the use of images and of the body. He dedicates himself to the study and practice of intercultural clinical psychology, experimenting the use of images during the work with patients from different cultural backgrounds. The work entitled “Approdi: the narrative of migration through images” was presented at the 13 th European Society of Traumatic Stress Conference in June 2013 and at the 8th European Family Therapy Association Conference in Istanbul in October 2013. He dedicates himself to the training and the supervision of clinical equipes and operators working in the reception system. He also teaches in psychoterapy specialization Schools and in training courses in Italian universities. He is a founding member and the president of Approdi. 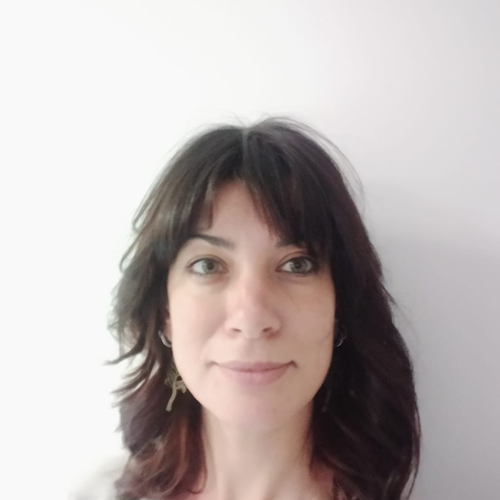 From Naples, she moved to Bologna about 10 years ago. Thanks to the many years of work and practice in the social sector, she developed the belief that psychology must be at the service of small and large individual and social revolutions, that is why she became a founding member of Approdi. In addition to her social practice, she works as a psychotherapistwith individuals and groups, using both verbal and non-verbal techniques. She carries out training programs and supervisions for groups with particular attention on the following topics: complex trauma and its implication on the helping relationship, the promotion of well-being of health care professionals, body and non-verbal use as resources in the relationships with the other. 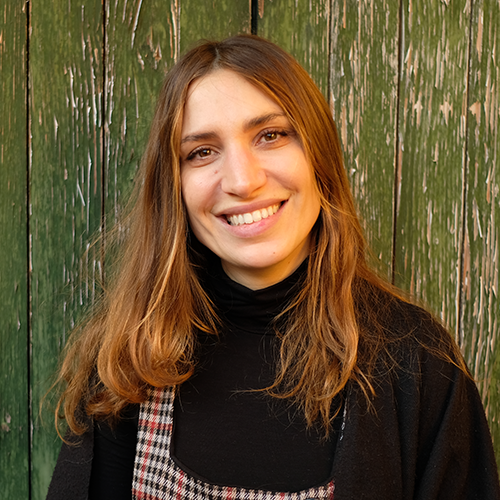 She obtained her degree in Clinical Psychology discussing a thesis on the impact of multidimensional trauma on the psychological experience of forced migrants assisted by the Center for Foreigners of Cesena. She then became a Community Psychology researcher with Professor B. Zani within a project involving the Department of Mental Health of Bologna and similar services of the city of Belo Horizonte (Brazil). In the project, she especially focused on analysing the impact of the psychiatric reform on the network of psycho-social rehabilitation services for psychiatric patients. She collaborates with the APS ‚Il Ventaglio di Orav‘ developing programs for the social and occupational inclusion of patients followed by the DSM-DP. Furthermore, she collaborates with the Augusta Pini Foundation, in the field of extra-familiar custody of children who were victims of abuse and have to deal with serious psychopathological consequences. Since 2017, she provides psychotherapy sessions focused on complex trauma and psychosocial support to migrants, while she is also carrying out training and counseling for social workers. Moreover, she participates in communication events, such as the MàT – the Mental Health Week organized in Modena. She is specializing in psychoanalytic psychotherapy at the Freudian Institute of Rome, while practicing at SAP (Psychological Support Service) of the University of Bologna, through individual psychotherapy for young adults. 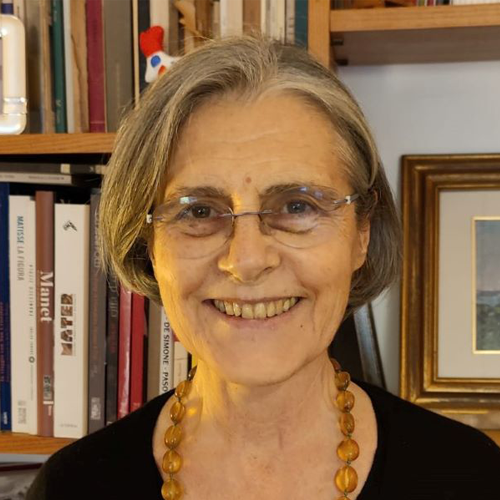 Carlotta Gentili worked as an NPI manager at the Department of Mental Health of the AUSL in Bologna until 2019. She deepened the study of early childhood psychiatry through an approach focused on parents and children, as part of a project, supervised by F. Palacio Espasa and D. Knauer of the University of Geneva, which also gave rise to a specific service inside the AUSL of Bologna. She also obtained a Tavistock Master’s degree in eating disorders and then coordinated a corporate project for children. From 2000, to better understand the needs of patients from different cultural backgrounds, she has participated in the training course of Transcultural Psychiatry organized by the DSM. She met the Professor Marie Rose Moro and deepened her theoretical and operational model for children, adolescents and their families. She is also a member of the Working Group on Transcultural Psychiatry of the Society of Medical Psychotherapy (ER Section). 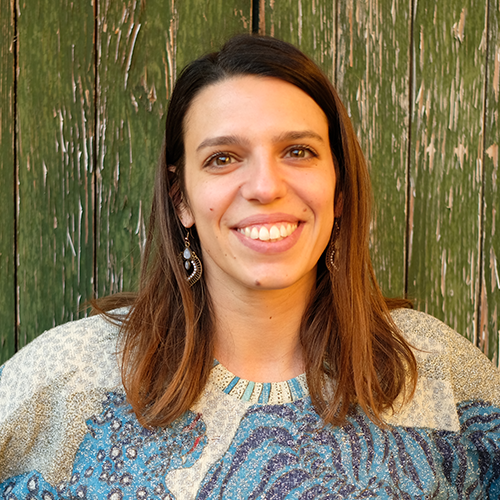 Clinical psychologist, she is specializing in psychotherapy at the school of Dynamic Phenomenological Psychotherapy of Florence. Curious and oriented to health care work, she moved her first steps in different cultures travelling abroad to different countries. In Burma, particularly, she approached social work in marginalized areas and opened herself to Buddhist philosophy and practice. Later on, in Mozambique, she joined health promotion projects in rural areas. She has developed the desire to work in the reception system for migrants and refugees, where she is currently working in Italy, with an educational role. In 2019 she joined Approdi. 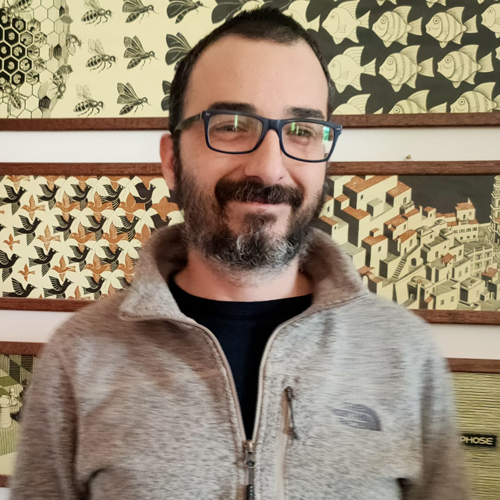 He graduated inclinical and community psychology at the Urbino University; he then specialized in systemic and relational psychotherapy at the Family Therapy Institute of Bologna. He is also a systemic family mediator at the ‘Nostos’ SRL Study Centre of Senigallia. He practices his clinical activity both privately, as a freelancer, and as a school psychologist in the Marche region. He collaborates with the social cooperative ‘Nuova Ricerca Agenzia RES’ for the psychological support service inside the local reception centres for asylum seekers and refugees. 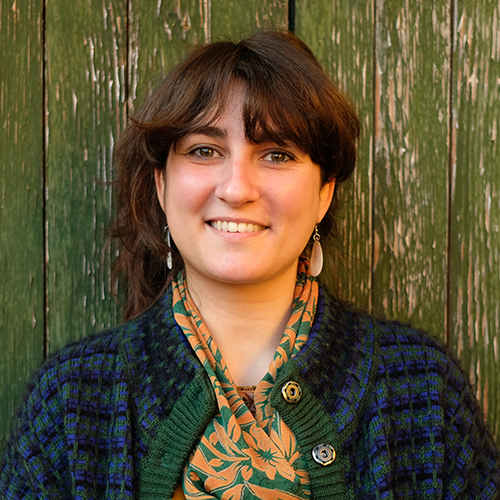 Clinical psychologist, she is specializing in psychotherapy at the Centre of Family Therapy in Milan. She aims to integrate in her psychological work the use of body and experiencial techniques. She developed an interest in intercultural psychology during her study and work in Switzerland, where she collaborated with various associations promoting the psychological well-being and preventing the social marginalization of people and families with a migrant background. In Colombia, she participated in community intervention projects for women and families victims of armed conflicts and she has carried out Mindfulness groups for children and adolescents. She currently carries out psychological support for migrant individuals and families and she works inside the reception system and child protection. She carries out trainings and supervisions for groups, especially about the topics of the helping relationship. 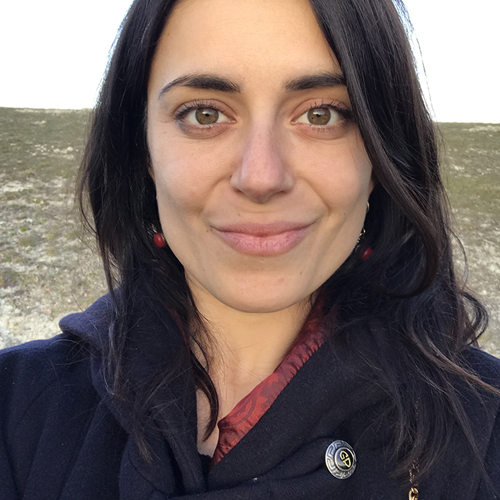 After graduating in Eastern History, Culture and Civilization, she moved to the United States where she worked as an educator in a Camphill and trained in libertarian education. She then moved to Spain where she specialized in psycho-dynamic Art Therapy and founded a nursery school based on the principles of democratic libertarian education. She works as an Art Therapist with adults and children, either privately or collaborating with various associations. In 2022, she becames a member of ApiArt. 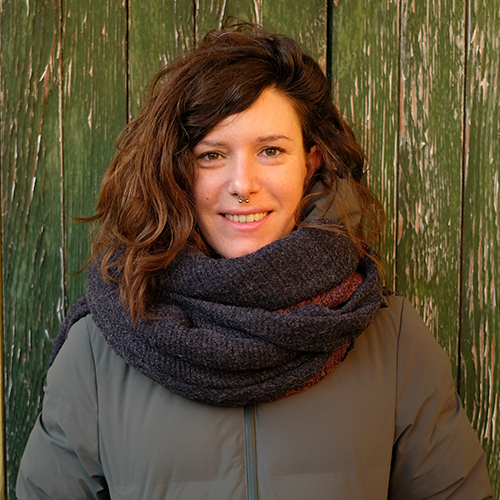 After obtaining her degree in Medicine in 2015, she spent a formative period in Brasil, where she worked closely with a general doctor inside the Santa Caterina Health Centre in the city of Porto Alegre. This experience brought her to experience, for the first time, the necessity of practicing, in medicine, a relational and interpersonal approach that questions one’s own cultural position. In the clinical practice, day after day, this curiosity became a professional and moral necessity. In 2021 she specialized in Psychiatrywith a thesis on the relation between self-perceived stigma, access to health care and psychological discomfort among migrants and asylum seekers in Europe (AparTogether project). She is currently working at the Modena local health services as a psychiatrist. 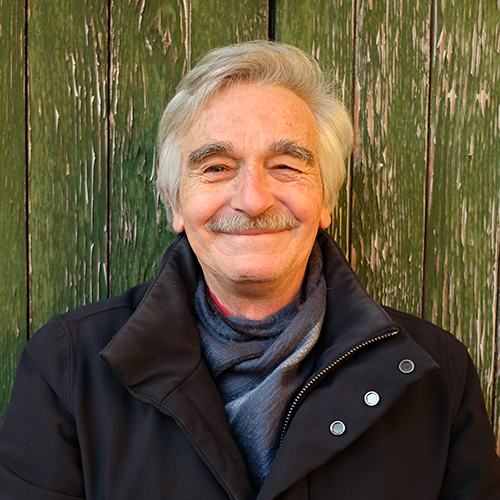 He lives in Bologna where he worked as a psychiatrist in the Department of Mental Health until 2018. He currently works privately as a Jungian psychotherapist and, with other colleagues, he is one of the founders of the Metis Training and Research Center, participating and organizing seminars and clinical supervisions. He is a founding member of the non-profit organization Metis Africa active in Mali, Dogon and in Italy. For a long time he has been also in charge of the training of mental health professionals in Bologna. Since 2001, in particular, he has been in charge of several projects for the treatment of migrant patients. Furthermore, he founded and coordinated the Cultural Consultation Center, a center with a multidisciplinary team dedicated to improve the accuracy of the interventions inthe local social and health services. In 2017, he participated as a regional delegate in the drafting of the Ministerial Guidelines for the care of refugees who have suffered torture and serious forms of psychological violence. In the period between 2016 and 2018 he was in charge of the training for the project, financed by FAMI founds, Start_ER, which had the purpose of supporting the health of asylum seekers. He is also a member of the Working Group on Transcultural Psychiatry of the Society of Medical Psychotherapy. 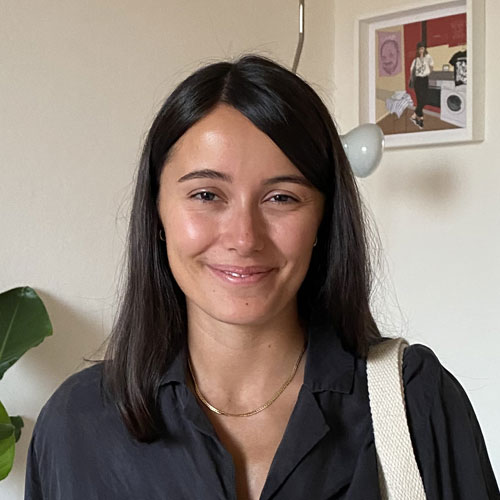 She obtained her degree in Medicine presenting a thesis on the impact of family sensibilisation on the outcome of borderline disorder. She is currently specializing in Psychiatry at the University of Bologna and she is also working at the eating disorders center at the ‚Ospedale Maggiore‘ in Bologna. In 2017, she was a trainee at the New York Fountain House, an Ngo dedicated to the social and occupational reintegration of people with severe mental disorders. Since the same year, she manages Psychiazine, an instagramcommunity for sharing and communicating information about mental health issues. With this community she participated in 2018 at the ‚Fruit Exhibition – international fair of indipendent art publishing‘. 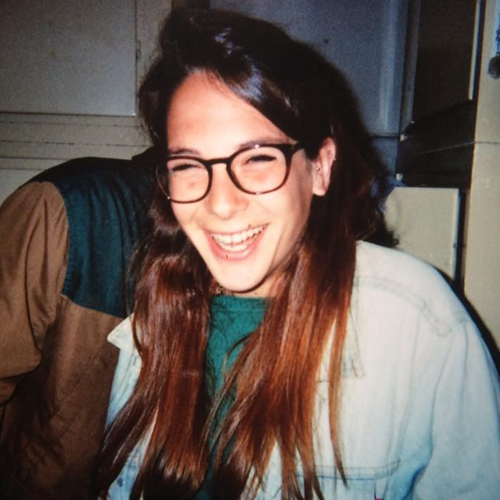 She obtained her degree in Medicinepresenting a thesis on COVID-19 consequences on the health of people inside Bolognareception system. She is currently enrolled in the Global Health and Medical Anthropology master at the University Rovira I Virgili (Spain). Since her first university years, she aimed to explore and improve her training also outside what was provided in her degree, by taking internships in other parts of the world (such as Ghana, Spain and Brazil) and taking part in health promotion initiatives organized by different associations, such as the International and Intercultural Health Centres,the SIMM (Società Italiana di Medicina delle Migrazioni), the ‚CampagnaDico32‘, the ‚Laboratorio di Salute Popolare‘, Moviendo Arena and Rio de oro. This path has allowed her to develop a more holistic approach to health and to collaborate with Approdi since 2019.

Psychologist, she is an instructor of Mindfulnessbased intervention; she is also currently specializingin cognitive-constructivist psychotherapy. After graduating in Philosophy and then Psychology, she started her professional training at the Department of Biomedical and Neuromotor Sciences at the University of Bologna, participating in research projects about the efficacy evaluation of mindfullness based protocols applied in psychiatry. Since 2015, she is a member of the mindfullness instructors list recognized by the Cognitive Psychology Association and the Cognitive Psychotherapy School. She then deepened the study of awareness practice application to the developmental age (training with the MindUp protocol) and to parenting (international training in Mindful Parenting). She is a founding member of Approdi and she is also currently the editor of the magazine “Prospettive Post-razionaliste”.